The generation of 87 reunited in Prague

Pique, Cesc, and Messi, teammates in the Barça B youth teams, found themselves in a Barça starting line-up, at the Eden Stadium in the Czech Republic, many seasons later. So far, they had only played 27 minutes together this season. 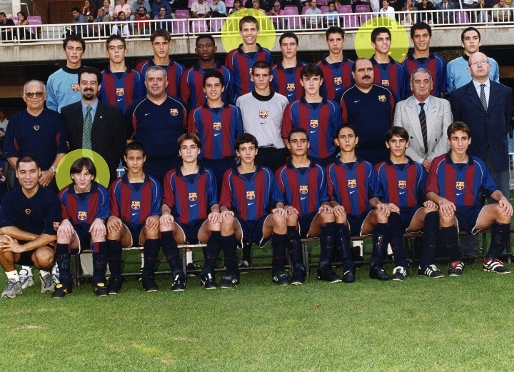 It was many years ago that Gerard Pique, Cesc Fabregas, and Leo Messi, last appeared together on the pitch. It was almost ten seasons ago, in the Cadet B team first, and later Cadet A, in which all three played together. Since then, many things have happened. Messi has evolved into the best player in the world, while Pique and Cesc both left the Club, and then came back to have success with the first team. In Prague, for the first time this season, the three of them were in the starting 11. Injuries to the defender and midfielder, and the odd game on the bench, had prevented this from happening before. 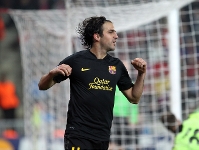 So far, all three had shared only 27 minutes of play , spread between the return of the Spanish Super Cup against Real Madrid (3-2) and the 5-0 win over Athletico Madrid. Against Viktoria Pilsen they played together for 90 minutes, with an understanding better than ever, clearly demonstrated in the last move of the game, when Pique back-heeled the ball to Messi, who made it 4-0. Before that, Messi had scored two more goals and Cesc also scored. In short, a perfect reunion for all three.

With all three on the field, in these 117 minutes together, Guardiola’s team has a favorable balance of 5-0. To the four goals scored in the Eden Stadium in Prague one can add the Messi goal against Madrid at the Camp Nou, which helped to win the first trophy of the season. With Pique, Cesc, and Messi, together on the pitch, the team hasn’t conceded a single goal.