Generation of 87 coincides for 27 minutes

Generation of 87 coincides for 27 minutes

Piqué, Messi and Cesc, who all played together for the youth team ten years ago, have played just 27 minutes of football on the same pitch this season. With all three on the field, the team has scored one goal and conceded none. 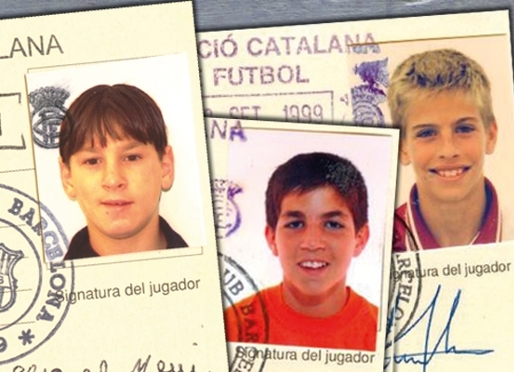 When Cesc arrived last summer, a lot was said about the generation born in 1987 that are now together in the first team. Almost three months later, Piqué, Cesc and Messi have only played together for 27 minutes, not counting time added on for stoppages. Injuries to the midfielder and defender have meant that the players that first played alongside each other between 2001 and 2003 (while Piqué and Cesc also played on together for another three years) have not shared much time on the pitch. 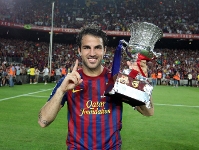 The first time they played together was on August 17 in the second leg of the Supercup against Real Madrid, Cesc’s first official appearance for the club. He came on in the 81st minute, with the score 2-2, and played a part in Messi’ deciding goal that won the first title of the season. Eight minutes of football, and he already had a winner’s medal.

Piqué’s injury meant they wouldn’t play together again until September 24, against Atletico Madrid (5-0). Piqué and Messi both started and Cesc came on in the 53rd minute, 19 minutes later, with no goals scored either way, Piqué was substituted.

Piqué was suspended for the game with BATE Borisov, and then Cesc and Piqué were both sidelined through injury, meaning they have not appeared together since. Piqué has just been declared fit again, so we once again have the chance to see all three former youth players on the field at the same time.