The Argentinean centre back has left the Club after four title filled seasons, marred by a series of bad injuries. 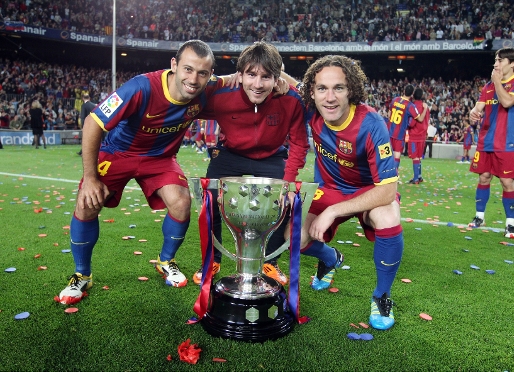 Gabi Milito has been unable to make the most of his four seasons at the Club as a result of a series of injuries. They limited his contributions, but he was still a key man in the changing room.

Milito signed for Barça in the summer of 2007 from Zaragoza where he put in four seasons. The Argentinean showed character, commitment and leadership at the heart of the Barça defence. In his first season he played 42 games, but he picked up a serious knee injury in the Champions League semi final against Manchester United, which laid him up for 18 months. 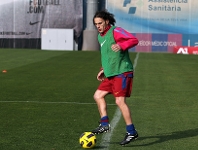 Milito came back from injury, following two operations on January 7th 2010, against Seville in the Spanish Cup and he played a total of 17 games that season -11 in the league, five in Europe and that one Spanish Cup game. In the 2010-11 campaign, he played in 16 games, ten in the league, and was one of the main figures of the fantastic treble wining team that year, respected by the squad as a whole for his leadership and commitment.

Milito’s time at Barça was marked by success, with 10 titles in all: three leagues, two Champions Leagues, two Spanish Super Cups, one Spanish Cup, a World Club Cup and a European Super Cup.