Javier Mascherano has arrived in Barcelona and travelled straight to the club’s offices at Camp Nou where he posed for photographers ahead of undergoing a medical. 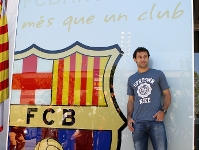 ust 24 hours after the Blaugrana announced that they had reached an agreement with Liverpool to sign the Argentinian international , the player landed in the Ciutat Contal. Mascherano rose early and flew over with agent.

One of the first things that was required of the midfielder was the obligatory photo session and he duly obliged by posing next to the club crest that proudly stands outside the offices within the Camp Nou complex. After landing at 11:00 on Saturday, Mascherano was being snapped by midday. 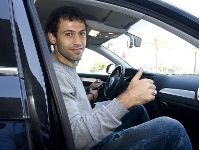 Mascherano will not undergo a medical until Monday. The first part of his tests will take place at 08:00 in the Hospital de Barcelona before the travels to the FC Barcelona Centro Médico at Camp Nou at 11:00. Afterwards he will sign his contract and be prevented as a new Barça player in the afternoon. 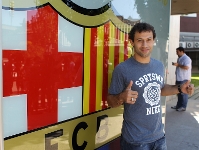