On June 4th 1983 Barēa won their second Cup against Madrid. In Zaragoza, goals from Victor and Marcos gave the Catalan side the 20th Cup trophy in their history (2-1). 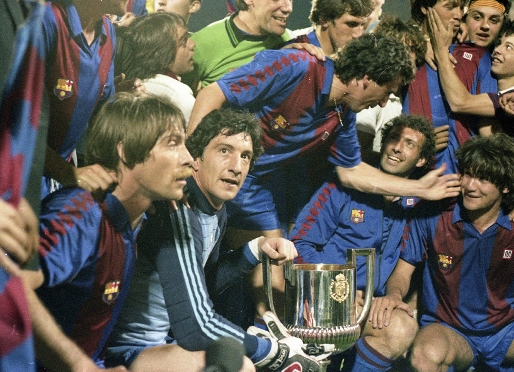 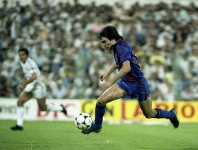 Just like in 1968, the Cup Final between Barcelona and Madrid in 1983 was a game for men. Hard and very tight, the game was decided by Marcos, very close to the final whistle, when it seemed that the game would go to extra time, following the initial goal by Victor and the equaliser by Santillana in the second half. Rexach and Julio Alberto, who both starred in that final, reviewed the match in the Barēa TV program 'Cup Stories'.

The final had started well thanks to an assist from Maradona to Victor, who made it 1-0. A Gerardo mistake with a back-pass to the goalkeeper, however, let Madrid back into the game. "Gerardo was a little too confident. Until then we had controlled the match, but everybody can make mistakes" explained Julio Alberto, who highlighted the number of fouls on Maradona that day: "With the number of fouls that Maradona received, the game wouldn’t have finished if it was played today (due to the number of sending offs)"

A goal with his ear 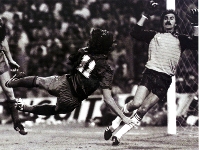 Fortunately, that Gerardo mistake didn’t have any severe consequences and the trophy went to Barēa. Marcos’s goal with his head, from another Maradona cross, meant that Barēa won the trophy, right at the end of the game. "Actually he scored the goal with his ear" Julio Alberto corrected.

For Rexach, the Final was noted for the excessive running with the ball. "The close man marking meant that Diego, Carrasco, and Schuster had to run with the ball under control. They had to do that to get away from their marker," he explained.

Discrete in the League

The match, with the two teams managed by the historical figures of Di Stefano and Menotti, was full of urgency for both sides. Madrid and Barēa had finished second and fourth, respectively, in the League. The League title went to Athletic Bilbao. That’s why the Cup Final in Zaragoza allowed Barēa to end the season on a high note..