Cup: Clásicos with a happy ending (I)

Cup: Clásicos with a happy ending (I)

On July 11th1968 Barça beat Madrid for the first time in a Spanish Cup Final The game, played in the Bernabéu and remembered for the throwing of bottles at the end of the match, was decided by an own goal by Zunzunegui. 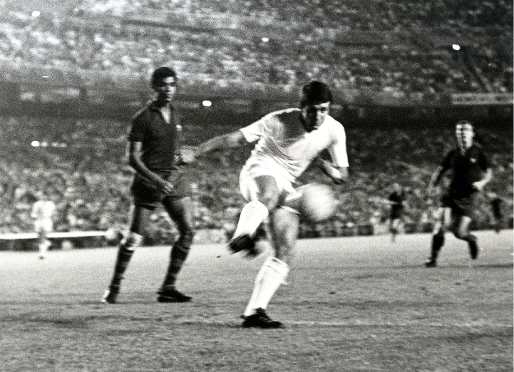 From this Sunday until Tuesday, we’ll review each of the three Cup finals, out of the five disputed, that Barça has beaten Madrid. The first was in 1968, the 16th Cup trophy in FC Barcelona history, who came to the Bernabeu in a final full of controversy and that was resolved with an early own goal by Zunzunegui, in the 6th minute, following a Rifé cross. After that game, glass bottles were banned in all grounds.

Carles Rexach, in the Barça TV program 'Cup Stories', also with the participation of Guillermo Amor, Julio Alberto and Andoni Zubizarreta, acknowledged that "it was a dull game with lots of fouls....the best thing was the result, which allowed us to save the season," said Rexach, who was 21 years old at that time.

The Cup as salvation 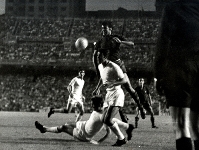 He was right. That season, Barcelona finished second in the league with 39 points, 3 behind Madrid, champions for the second consecutive year. Barça, however, had not won the League since the 1959/60 season and they needed the Cup to save their season. "At that time it was really hard for Barça to win the league, and the Cup was our salvation, the quickest way to win a trophy," said Rexach.

From the army to the Bernabeu

For Carles Rexach it was a very special Final. "I had only played the first round of the Cup against Sporting. Then I went to do my military service and came back for the final. It was a pleasure that they came to get me for the match. Nowadays it would be unthinkable" Rexach said. He emphasised the type of game played in Finals in those days, when "teams played to the limit of the rules, often ending with serious injuries, and there was extremely intense man marking".