Alexis makes his debut in the Champions League

Alexis makes his debut in the Champions League

The Chilean, who returned to action in Prague after nearly two months injured, played his first game in the Champions League, not only for Barça, but also in his career in the world of football. 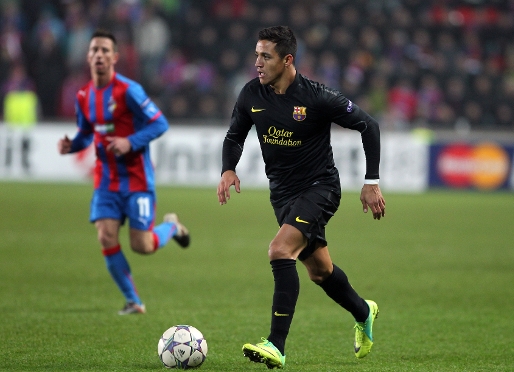 On Wednesday, at 21.30, Barça TV will premier a new 'Porta 104' in which Alexis Sanchez is the star. ‘Alexis, the Wonder Kid’ is a documentary produced by the program 'Contact' from Channel 13 in Chile, which takes a journey through the life of the Barça player.
Alexis Sanchez is again a happy man. It’s been 52 days since the day that he was injured playing for FC Barcelona against Real Sociedad, in the third game of the season. On Tuesday, in Prague, Alexis got the all-clear before the game, started on the bench, and finally was able to play some minutes. They were special minutes, as this November 1st 2011, Alexis Sanchez played his first game ever in the Champions League. It was in the 73rd minute when he replaced Abidal, and he showed during the just over 20 minutes on the pitch that he’s 100% recovered.

Before, the UEFA Europa League

Until Tuesday Alexis had never played a game in Europe’s top competition, not even with his previous club Udinese, the other European team where he has played. The injury sustained on September 10th against Real Sociedad prevented him from making his debut in the Champions League before Tuesday. The only European experience that the Chilean previously had was in the UEFA Europa League. In his first year at Udinese, the 2008/09 season, the Italian team reached the quarterfinals of the competition, and Alexis played a total of 9 games.