In Prague, the goalkeeper has broken the club record for going unbeaten that dated back to the 1972/73 season, 824 minutes. Pep Guardiola, Leo Messi and Alexis Sánchez were also protagonists tonight. 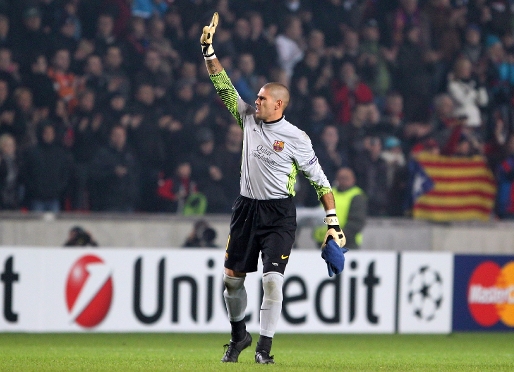 Víctor Valdés is now the FC Barcelona goalkeeper who has gone the most games without conceding a goal. Following nine clean sheets, he has now gone unbeaten for 877 minutes, more than the 824 minutes established by Miguel Reina in the 1972/73 season. As the game ended 4-0, Valdés can still extend his incredible record. 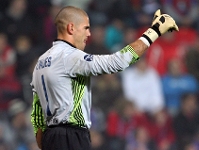 He had to work to earn that record though. In the 16th minute Viktoria’s Petrzela was through on goal and Valdés came out better in a one-on-one situation. That save could have changed the course of the match, for shortly after Cisovsky was sent off for a penalty offence.

Not since Pablo Hernández scored against him at Mestalla in the 23rd minute of the Valencia v Barça match has Valdés been beaten, and he has since kept clean sheets against all of Atlético Madrid, Sporting, Racing, Sevilla, Granada and Mallorca in the League and BATE and Viktoria (twice) in the Champions League.

Guardiola and Messi make 200, and Alexis back

Other names involved in the win in Prague were Pep Guardiola, Leo Messi and Alexis Sánchez. The coach was in charge for his 200th match, where he was able to enjoy the 144th win and 500th goal. The Argentinian scored goals 200, 201 and 202 of his Barça career in his second consecutive hat-trick. And the Chilean was back in action after an absence of a month and a half through injury.