8 of the 23 candidates for the FIFA Balon d’Or 2011 play for Barça, the team with most names on the list. They are Abidal, Alves, Cesc, Iniesta, Messi, Piqué, Villa and Xavi. And Pep Guardiola is on the shortlist for the manager of the year. 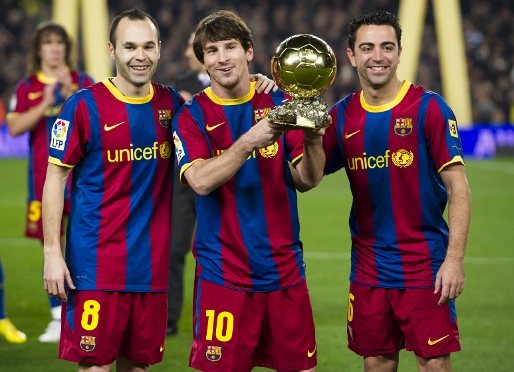 A year after FC Barcelona had all three players on the Balon d’Or podium, the club has once again dominated the shortlist for the 2011 edition issued by FIFA and the magazine France Football. Leo Messi (winner of the last two editions) is joined by Andrés Iniesta, Xavi Hernández, Éric Abidal, Dani Alves, Cesc Fŕbregas, Gerard Piqué and David Villa. 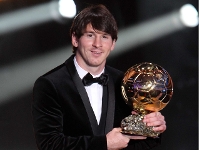 Guardiola up for top coach

Like last year, when he was a finalist, Pep Guardiola is one of the nominees for the FIFA Men's Football Coach of the Year 2011 along with Del Bosque (Spain), Ferguson (Manchester Utd), Rudi Garcia (Lille), Klopp (Borussia Dortmund), Low (Germany), Mourinho (Madrid) Tabárez (Uruguay), Villas-Boas (Chelsea) and Wenger (Arsenal).

Now that the candidates are known, the national captains and managers and representatives of the world’s press chosen by France Football will be voting for the winners. The awards will be presented on January 9, 2012 at a gala in Zurich. On December 5, FIFA and France Football will announce the three finalists in each of the categories.