A great day for the Barça academy

Cuenca gets his first goal and Deulofeu makes his debut

It was a great night in the Camp Nou for two players who have risen through the Barça academy ranks. Isaac Cuenca got his first senior goal while Gerard Deulofeu made his first appearance. 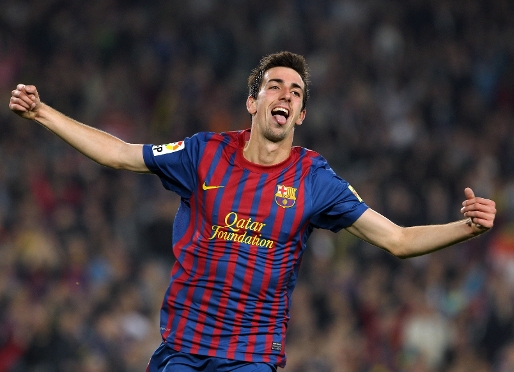 Apart from yet another hat trick from Messi, who continues to head the ranking with 13 goals, the match against Mallorca also witnessed Isaac Cuenca score his first senior goal and Gerard Deulofeu made his first team debut.

Cuenca made the starting line-up for the second match in a row after playing his first game against Viktoria Plzen. The presence of home-grown players against Mallorca was fairly light – only 5 players. Iniesta, Cesc, Piqué and Puyol were on the subs bench while Xavi, Fontas and Pedro all watched from the stands. 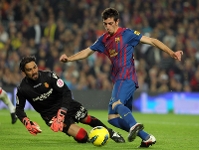 Early in the second half, Carmona received a great pass from Adriano, dribbled past Aouate in the Mallorca goal and scored his first senior goal in only his second appearance. Speaking to reporters after the match, Guardiola highlighted the part played by Carmona: "Isaac played very well. Out on the wing he knows when he has to run and when he has to pass the ball. We’re very happy about the goal”.

It was a good night for the reserves. Shortly after Carmona’s goal in the 63rd minute, the Barça fans were able to welcome Gerard Deulofeu on his first team debut. Coincidentally, Iniesta played his first senior game on the very same day as Deulofeu 9 years ago against Bruges in the Champions League. 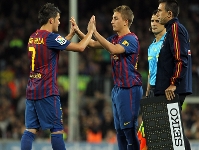 Fans may remember that Deulofeu was on the point of making his first team breakthrough last season away to Real Sociedad but the injury to Milito made it impossible. Now, he has become the 19th Barça academy product to reach the first team in just three and a half years under Guardiola.

The juvenil A squad, where Deulofeu played last season, heard the good news while returning by coach from their match in Zaragoza (1-3). Manager Oscar Garcia told us that Deulofeu’s former teammates applauded loudly on hearing the news on their way back home.