Guardiola unbeaten up against Caparrós

Guardiola unbeaten up against Caparrós

Pep Guardiola seems to have the measure of Mallorca boss Joaquín Caparrós, with Barça having beaten Athletic Club when he was charge a total of five times out of six, with just a single draw. 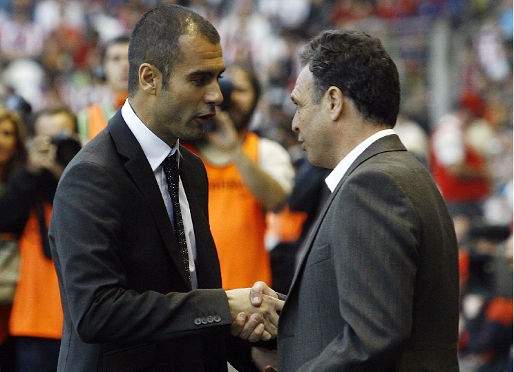 Following Michael Laudrup’s departure from Mallorca, Caparrós took charge of the team earlier this month and this weekend will see him bring his team to the Camp Nou to meet up with a manager who he never managed to get the better of when he led Athletic Bibao.

Two wins in the first season

In Pep Guardiola’s first season in charge, Barça beat Caparrós’ Bilbao at home and away, with a single goal from Eto’o giving them the win in San Mamés and Sergio and Messi getting the goals in the 2-0 win in the Camp Nou.

Draw and a convincing win

The following season was the only time that Athletic Bilbao managed to get a point from Barça. Alves got an early goal and Toquero equalised in front of his home crowd, whilst in the return game Barça thrashed the Basques 4-1 at the Camp Nou. 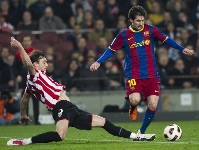 Last season Barça found it a little harder to see off Caparros’ team. On a rainy night in San Mames in September 2010, Barça found it difficult to break down the Basques’ defence and after going 0-2 up through goals from Keita and Xavi, Bilbao hit back before Sergio finished the game off with a third. In the return game, Barca managed a 2-1 win with a late goal, but in truth the visitors could have taken at least a point from the encounter.