Xavi, star of the triumph

Xavi, star of the triumph

The Barça midfielder scored the decisive goal in the win over Granada, his fourth in the League, on the day that he overtook Migueli’s record number of matches for the Club. It’s just one of the stats from a game dominated by Barça. 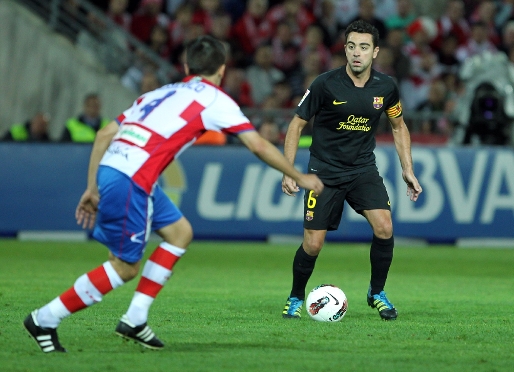 ►Xavi becomes the Barça player who has played in most league games (392), overtaking Migueli.

►In addition, Xavi has his best goal-scoring start to a season with four goals in nine games.

►With the 1-0 win Barça have scored in 25 consecutive away games, an all-time record. 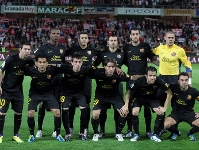 ►Victor Valdes continues to extend his unbeaten record. He’s strung together 7 games, and a total of 697 minutes, without conceding a goal.

►Isaac Cuenca, after making his debut in the Champions League against Viktoria a week ago, also had his first start in the League.

►Xavi was the player who participated most in the match, with 117 successful passes from 129 attempts.

►Of the 23 fouls signalled in the whole game, 11 were punished with yellow cards.