Barça v Viktoria: Did you know...

Barça v Viktoria: Did you know... 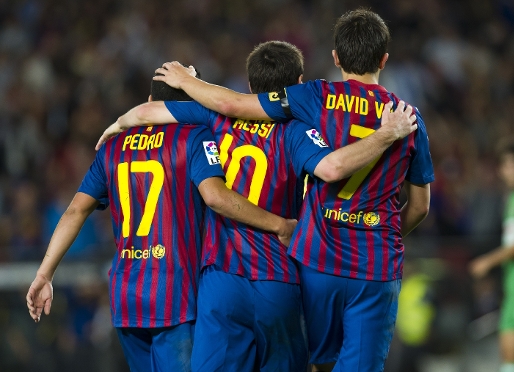 ► This is the eleventh time FCB has played a Czech team. Until now, they have won six, drawn three and lost once. They have never faced Viktoria Plzeň. 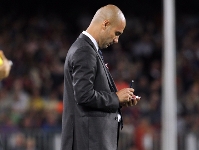 ► Current Barça manager Josep Guardiola was one of the goalscorers the last time a Czech club, Sparta Prague, played at the Camp Nou. Barça won 5-0 in the 1999/00 season.

► Barcelona are unbeaten in home European fixtures for eleven matches. The last team to win at the stadium was Rubin Kazan (1-2) in the 2009/10 season.

► Despite losing at AC Milan (2-0) in their last match, Viktoria have been doing well away from home in this competition. In the qualifying rounds they won 0-4 at Pyunik, 0-1 at Rosenborg and 1-3 at Copenhagen.

► David Villa made his European debut against a Czech club, Sigma Olomouc, in the UEFA Cup of 2004/05.

► Nobody scored as many goals (7) or won as many corners (22) as FC Barcelona on the first two days of Champions League action. As for shots on goal, Barça are tied with Madrid and Chelsea (19 each).

► Dani Alves is one yellow card away from a suspension.

► Viktoria Plzeň is one of the sides that has received the most yellow cards so far, a total of six.

► The referee tonight will be Macedonian Aleksandar Stavrev, in his first game in the Champions league, although he has whistled 41 games at UEFA level. He has never taken charge of a match involving either of these teams.