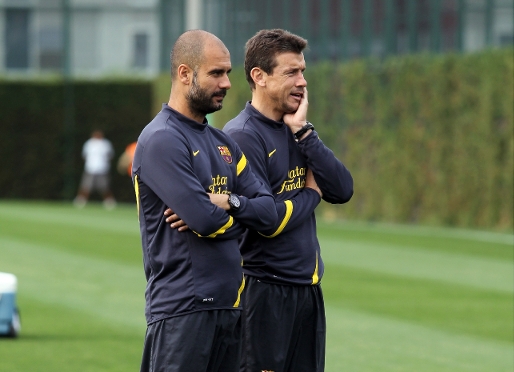 It’s going to be a busy week at FC Barcelona, with plenty of training sessions to go with the three games between this Tuesday and the next. Here we provide information on the schedule ahead, although the times are sometimes subject to change.

Tuesday 18: At the Camp Nou (17.30), training session prior to Champions League match with Viktoria. Leo Messi and Josep Guardiola will be giving a press conference.

Thursday 20: At 11.00, post-match recovery session as the team turns its attention to Saturday’s Liga match.

Friday 21: More training (11.00) at the Ciutat Esportiva, the second to last before the match with Sevilla.

Sunday 23: Post-match recovery session following game with Sevilla and with the trip to Granada on Tuesday in mind.

Monday 24: Final training session before travelling to Andalusia. Josep Guardiola will be giving a press conference.