Barça may be the team to supply the most players to the European Championship. Between Spain, France and Holland, the club has twelve players due to take part in Ukraine and Poland next summer. 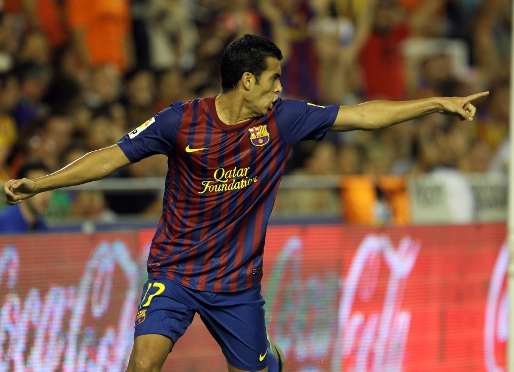 If all 12 of Barça’s European internationals are named in their national squads, then there would be even more than the ten players that went to Holland and Belgium in 2000: Abelardo, Sergi, Guardiola, Figo, Reiziger, Frank and Ronald de Boer, Kluivert, Zenden and Cocu.

If Vicente del Bosque keeps to his usual plans, and there are no injury concerns, then Víctor Valdés, Xavi, Puyol, Piqué, Busquets, Pedro, Iniesta, Cesc, Pedro, Villa and Thiago will all be picked. Nine of those were in the South Africa World Cup squad, and the only new face is Thiago Alcántara.

Reserve player Martín Montoya also has a chance after being named by Del Bosque for a recent squad.

Abidal a regular choice for Blanc

Éric Abidal will almost surely be selected by France manager Laurent Blanc. As long as he isn’t injured, he should be one of the first choice full backs, with France eager to erase the bad memories of what happened at the World Cup last year.

Afellay on road to recovery

Although he is currently injured and has undergone surgery, Ibrahim Afellay is still being closely monitored by Holland manager Bert van Marwijk, who has said he still hopes to be able to take him to the finals. If his recovery goes to plan, then he should be fit in time to play for the ‘oranje’. Ibi didn’t start any of the games at the last World Cup, at which Holland were finalists, but did come on as sub in three matches and was a regular starter in the European qualifiers.