Barça will make their debut in the Spanish Cup on November 9th. The game has been brought forward because the team will be playing in the World Club Cup in December when the first round of games is scheduled. 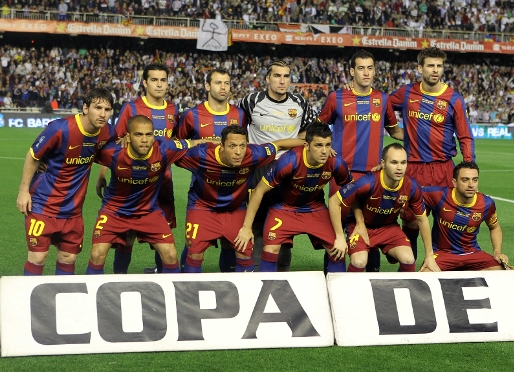 Guardiola will be able to call on his Spanish players for the tie.

This morning, the Spanish Federation published the dates for the two legs of the last 32 of the Spanish Cup, which will be played over two legs . Barça will play on November 9th, whilst Atletico Madrid and Seville will play on December 8th, with the other games set for 13th December. In the draw, to be held this Friday, all first division teams will be paired against lower league opposition, with the top teams playing the return game at home.

Agreement with the Federation

The Club has also reached agreement with the Federation to allow the Spanish players called up by Vicente del Bosque for the friendly against England on Saturday 12th November to join the squad after the Cup tie.