Of the 25 league goals that Andres Iniesta as scored for Barça, three have come against Racing Santander - more than against any other team in the competition. 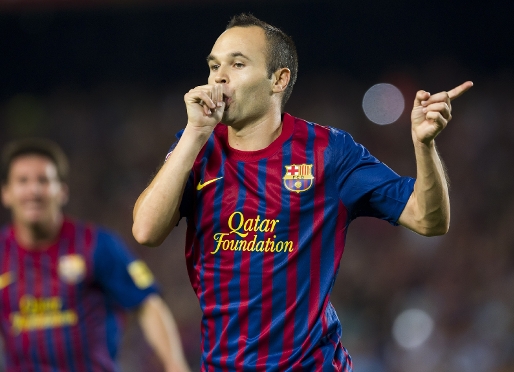 Scoring goals isn’t really Andres’ main function, but he chalked up eight last season, seven in the league and one against Shaktar in the Champions League, his best total so far. Two of those league goals came against Racing Santander, the second season on the run that he has scored against them.

Goals at home and away

Barça opened their 2010/11 league season at the Sardinero and after Messi had put them ahead in the first half, Iniesta doubled the lead after the break, smashing in a shot from outside the box after the Racing keeper had punched clear a shot. David Villa then finished off the scoring to make it 0-3. In the return game, Iniesta was again on target, once more getting the second as Barça again won 3-0.

The 2009/10 season was a tough one for Andres who was dogged by injuries and missed far too many games. One he did play in though, was the 4-0 win against Racing at the Camp Nou on February 21st, when he latched onto a lovely through ball from Marquez to score the first of the night and what would prove to be his only goal of the campaign.