7 out of 9 after second break

Since Guardiola has been manager, Barça have won two and drawn one of their games played directly after the second official international break. They beat Athletic Bilbao and Valencia at the Camp Nou and drew at Mestalla. 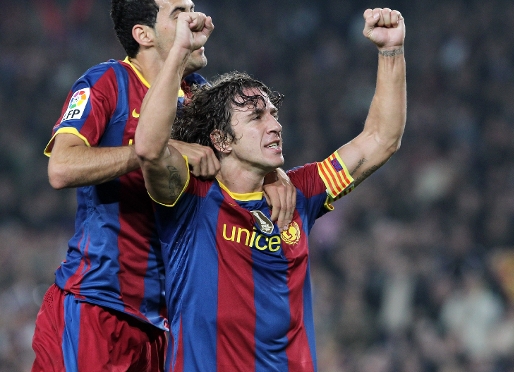 Barça host Racing Santander this time in what is never an easy task after so many players have been away. The Cantabrians already have a history of causing problems for Guardiola, and we have already seen this season that there is a danger when games are played after international breaks. The Catalans were held to a draw at Anoeta, with the so-called ‘FIFA virus’ considered one of the reasons for an occasionally sluggish performance.

However, recent history suggests that it is only after the first international break that Barça have a habit of dropping points. The results after the second break have been considerably more positive.

In Guardiola’s first year in charge, the team travelled to the traditionally difficult San Mamés. The season had not got off to the best of starts, but thanks to an Eto’o goal, they got all three points out of their trip to Bilbao.

In 2009/10 there was an even trickier road trip, to Mestalla. Barça were unable to score, but neither did the home side, and it all ended 0-0. Last year, the two clubs met again at the same time, this time with Barça at home. Having just lost to Hercules and drawn with Mallorca, FCB were very much against the ropes, but thanks to goals from Iniesta and Puyol, they came from behind in a magnificent second half to neutralise an early goal for the visitors scored by Pablo Hernández.