Messi set another record in the game against BATE Borissov when he equalled Kubala’s record of 194 goals for the Club, to draw level with Barça’s second highest goal scorer of all time. That’s one more record for the Argentinean –who is still only 24 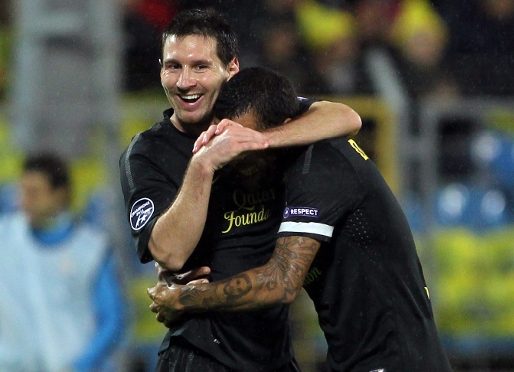 Few would have imagined in the 2003/04 season when Leo made his debut in a friendly against Porto, that he would go on to achieve so much over the next eight seasons. His two goals on Wednesday night, set the latest record putting him level with Barça’s great Hungarian star of the 1950s Ladislau Kubala, as the Club’s second highest scorer.

This record is just the latest in a long line for the Argentinean, some of which we detail below:

► Club’s leading scorer in the league: The season before, Messi scored a massive 34 goals in 35 league games, equalling Ronaldo’s Club record from the 1996/97 season.

► In the 2009/10 season he became the only player to have ever been won the Fifa World Player of the Year Award, the Spanish League’s leading scorer award, The Golden Boot and the European Footballer of the Year Award in the same season.

► Two European Player of the Year Awards: Messi became the youngest ever player to receive the Award in consecutive seasons, when he picked it up in 2010.