Josep Guardiola set another personal record in Minsk this Wednesday, when he chalked up his 42nd Champions League game in charge of the team –the most of any Barça manager. 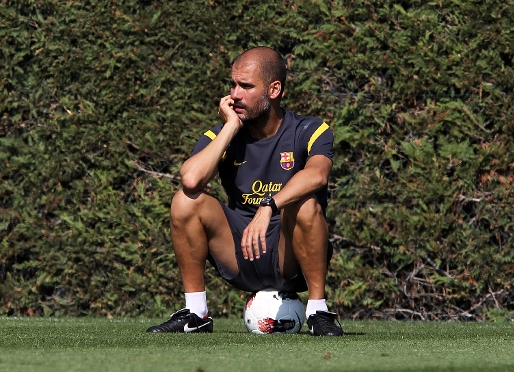 On August 13th 2008, Guardiola made his debut as manager in an official game, in the Champions League qualifier against Wisla. As a foretaste of things to come, Barça won 4-0 – the first win of what was to become a golden period for the Club under Guardiola’s stewardship. 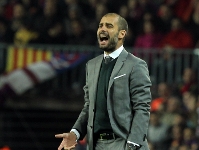 The game in Minsk on Wednesday was Guardiola’s 42nd Champions League game in charge and with it he overtook Frank Rijkaard (41 games), having already passed Louis van Gaal (40) and Johan Cruyff (35). Guardiola has set another record which will difficult to beat.

Of those 42 games, Barça have won 24 (58%), drawn 13 (30%) and lost just 5 (12%) and on only one occasion have the team lost a game which was in any way decisive –the 3-1 loss in the San Siro to Inter Milan in the first leg of the 09-10 semi final. The other games the team have lost (against Shaktar and Rubin in the Camp Nou in group stages, in London against Arsenal and in Cracow against Wisla) were either of little significance or put right in the second leg. 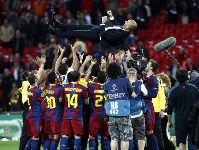 Barça have scored 93 goals under Guardiola in the Champions League –averaging nearly two a game- and conceded just 35 –less than a goal a game. Those stats have helped Guardiola’s teams to two Champions League finals –in 2008/09 and 2010/1, both of which ended in wins over Manchester United – and the semi final defeat to Inter, which will be remembered by many for the long coach journey the volcanic ash clouds over Europe forced the team to make to Italy for the first leg.

Guardiola’s teams have always finished top of their group in the UCL, heading Sporting Lisbon, Shakhtar and Basle in the first year, Inter, Rubin and Dynamo Kiev the following season and Panathinaikos, Rubin and Copenhagen last year.

In the knock out stages, Guardiola has led the team through nine of the ten rounds they’ve been in: the qualifying games against Wisla and two-legged wins over Lyon, Bayern Munich and Chelsea in the 2008/09 season: Stuttgart and Arsenal the year after and Arsenal, Shaktar and Real Madrid last season.