This Wednesday, in Minsk, Leo Messi equalled the record of one of the legends of FC Barcelona, Ladislao Kubala. Both have scored 194 goals in official matches. 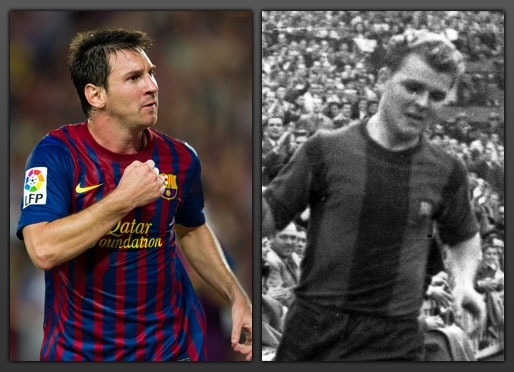 No one can stop him. Messi is a machine for scoring goals, breaking records and providing happiness. On Wednesday, in Minsk, at 24 years old, he scored another couple of goals, the second one really impressive, and equalled the 194 goals of one of the greatest players in the history of the Club, Ladislao Kubala. The Argentinian is now second in the list headed by César, with 235 goals. 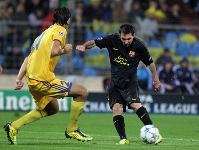 It had to be a very special competition like the Champions League when Messi caught up with the Hungarian superstar. Messi has been the top scorer in the competition for the last three years, and has scored 39 of his 194 goals in European competition. The rest are distributed as follows: 127 in the League, 17 in the Cup, 8 in the Spanish Super Cup (in which he’s now the top scorer ever in the competition), 2 in the World Club Championship, and 1 in the European Super Cup. In total, 194 goals in 280 games, that’s 0.69 goals per game in 7 seasons and the start of this one.

Ladislao Kubala’s goals, scored over his 11 seasons at Barça, were distributed like this: 131 in the league, 49 in the Cup, 7 in the European Cup, 6 in the Fairs Cup, and one in the Latin Cup. Messi, therefore, still has one last challenge with respect to the Hungarian: pass his number of goals in the League.

The following are some of the previous records beaten by Messi for FC Barcelona:

28/05/2011: Scores his 53rd goal in a single season, a record in the Spanish League, shared with Cristiano Ronaldo.