Pep Guardiola is convinced that the game against Valencia will be “a great match”, but warned of the problems Emery’s team could pose, especially given the great moment of form they are enjoying. 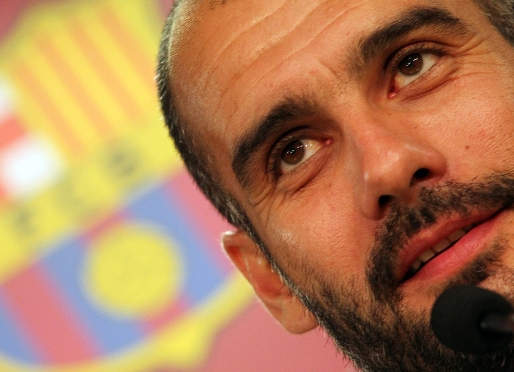 The boss praised the Valencia team and made it clear that it would not be an easy task to take the three points from Mestalla on Wednesday: “they are the league leaders right now and they are looking really strong. We are going to a tough ground and their fans will be right behind them. They also have a great coach who has shown he is capable of taking a team that has lost players like Villa, Silva and Mata and making them into a very competitive outfit, as they are showing at the start of this campaign”.

Asked about his tactics for the match, Guardiola explained: “the most important thing isn’t whether we play with three or four at the back, it’s rather about finding a balance that allows us to play our attacking game and keep possession and our position on the pitch. Against Osasuna we played Alves up front and it worked okay, but we are more used to playing with a four man defence. Playing with three at the back in Mestalla might be a bit risky No system is infallible –we’ll make our decision tomorrow”.

The League three games in

The boss also gave his take on the league after the first three games: “ we didn’t need Madrid to lose at Llevant to realise that everything is going to be tough and each year it’s harder. Nobody is giving anything away in this league. The next two games aren’t about us laying down a marker : they will be two important games , but they won’t be decisive”.

One game at a time

The chance of starting a run of wins isn’t what Guardiola is concerned about either: “winning runs, records and things like that don’t take you anywhere –winning games comes from hard work and taking each game as it comes. Wining always helps of course, but this is a long distance race. However, I can assure you that we will go out tomorrow feeling very strong”.

Guardiola also reacted to the RFEF decision to schedule Barēa’s first Cup game on November 16th – a day after an international match day – as a result of Barēa playing in the World Club Cup on the originally planned date: “it’s a problem and someone will have to sort it out. I can only field 4 B team players and I’ll probably only have three or four available from the first team squad. If the rest are with their national squads, I don’t know what we will do”.