Spanish League Round Up, Week 3

Spanish League Round Up, Week 3 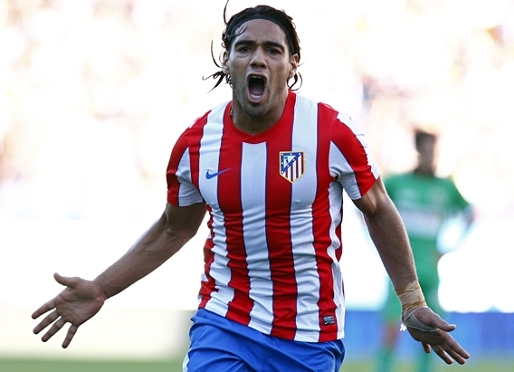 Radamel Falcao. Image: www.clubatleticodemadrid.com
Valencia and Betis top the table with nine points from three games after wins in Gijon and Bilbao, with Seville, who beat Real Sociedad, behind them on seven points alongside Barça. At the bottom, Sporting have yet to take a point and Villarreal have just one after losing 1-0 in Granada, as do Racing, who were thrashed 4-0 at the Vicente Calderon, Athletic Bilbao and Getafe, who were beaten 0-1 by Rayo.

Valencia and Betis on top

Roberto Soldado was again on target for Valencia to give Emery’s team the points against Sporting and is now level on five with Leo Messi and has now scored 17 in his last 12 league games. The Valencia boss praised the character of his players who must surely go into Wednesday’s game against Barça on a real high. Betis are also enjoying the new season and are level on points with Valencia after their 2-3 win in Bilbao. Both teams ended with 10 players after Mario and Amorebieta were shown red cards, but Betis’ three first half goals were enough to withstand the hosts’ late surge and deny the Basques’ new boss Bielsa his first league win of the campaign.

A solitary goal from Frederic Kanoute was enough to give Seville the win over Real Sociedad on Saturday night and they now sit in fourth with seven points and still unbeaten. Real Madrid lost their first game of the season at Llevant – who are also still unbeaten this season - going down 1-0 after playing for 50 minutes with ten men after Khedira was sent off. Madrid are joined on six points by Malaga, who won 0-1 at Mallorca.

Falcao announced his arrival at the Vicente Calderon with a hat trick against Racing Santander with fellow summer signing Adrian getting the fourth, whilst Luis Garcia scored twice –including an injury time winner – to sink his ex-team Espanyol at Zaragoza(2-1). Rayo remain unbeaten after seeing off Getafe 0-1 on Sunday lunchtime, though they have only scored two goals so far, one more than Granada who got their first of the campaign through Uche in the win over Villarreal, for whom Rossi missed a penalty.