The duel between Barça and AC Milan is a European classic, full of interesting facts and figures. Did you know…? 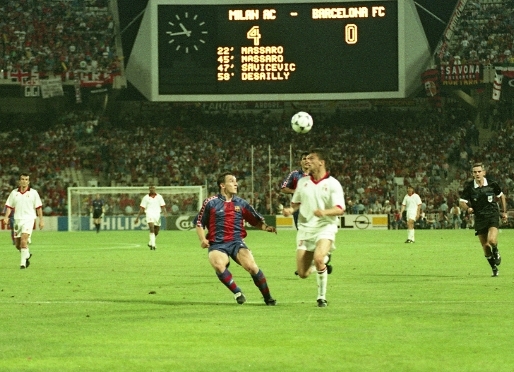 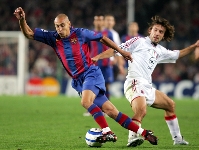 ► Barça and Milan have faced each other 11 times in official games, with both teams winning four times and drawing three.

► The two met in the 1994 Champions League Final in Athens, when Johan Cruyff’s Barça lost 4-0 to Fabio Capello’s legendary team.

►The time the two met in the Champions League, Frank Rijkaard’s team knocked Milan out in the semi finals thanks to a goal from Ludovic Giuly at the San Siro.

► The most recent game was in the Gamper Trophy in 2010 when Barça won on penalties after a 1-1 draw.

► Milan have failed to get beyond the quarter finals in the Champions League since they won the competition in 2007.

► Barça are on a run of 9 wins and a draw in the competition at the Camp Nou.

► Barça have lost just one opening game in their 17 seasons in a Champions League group stage.

► Milan have won their opening games for the last ten years.

► Javier Mascherano and Alberto Aquilani played together for Liverpool in the 2009/10 season, whilst Cesc Fŕbregas and Mathieu Flamini (injured) were together at Arsenal between 2004 and 2008.

► English ref Martin Atkinson will be in charge of the game.