Guardiola: “Milan are coming –that says it all”

Guardiola: “Milan are coming –that says it all”

Pep Guardiola reckons we are in for “a very attractive match” on Tuesday, because Milan: “have always been known for wanting to play the game”. The boss also dismissed any fears that the Anoeta result would have a negative effect on his players. 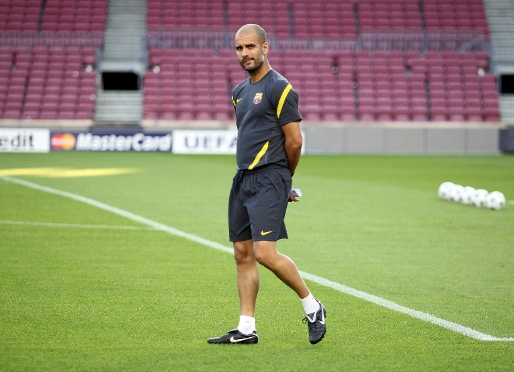 “Milan are coming –that says it all, seven European Cups speak for themselves”, according to the boss, who spoke at the Camp Nou this evening: “we are lucky to be playing in the Champions League and even more so against an opponent like Milan”. As respectful as ever towards his team’s opponents, Guardiola said he is expecting: “an attractive game, because if there is anything that characterises Milan it is that they always want to play the game”. 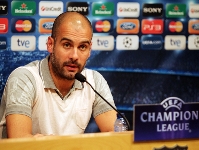 Guardiola is clear about the objectives for his team in the first game of the competition: “our aim is to play well, know the weak points of the opposition and win the game. Points at home are fundamental in the group stage. The league is a more important competition, but the Champions League is the nicest one. It’s an honour to defend the title. In 20 years, nobody has ever regained the title and that just shows how difficult it is ”.

Guardiola doesn’t think that the recent draw against Real Sociedad will affect his players too much: “the team is good, we’ll see how they react tomorrow. We never go into a game thinking we are bound to win it, we know that if we go into a match without preparing it properly, we could lose. San Sebastian is over and done with and I have no complaints to make. When you win, that’s got nothing to do with the next game and when you don’t win, it doesn’t make any difference either. The players know that Milan are coming tomorrow….”.

Milan will be without the ex-Barça man Zlatan Ibrahimovic for the game and Guardiola expressed his disappointment: “football belongs to the players and the fans want to see the best players. Ibrahimovic is one of the world’s great players and one of Milan’s most important figures. It’s always best to play against the best because that strengthens you. It is a pity that he cannot play”.

With his usual conciliatory tone, Guardiola concluded: “before he came here, he struck me as a fantastic player and afterwards even more so. I am grateful for all he gave us. He was very important to us in the 99 point league winning season. I’ve heard he’s doing well at Milan and I am happy about that”.