Messi could make his debut against Milan

Messi could make his debut against Milan

The Argentine striker hasn’t played any official match against AC Milan. He was on the bench in 2004/05 and the following year in the semifinals of the Champions League he was injured. 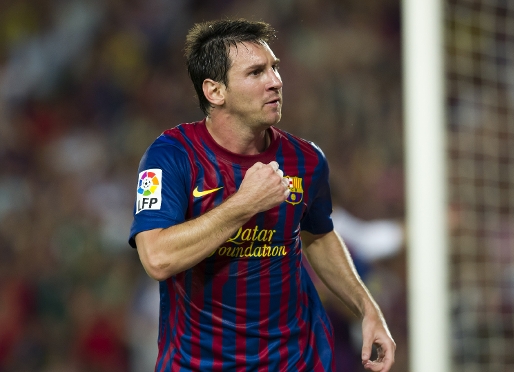 It was 7 years ago when Leo Messi made his debut in the Champions League. It seems a long time since that game in Donetsk in December 2004, when people began to think that Messi might become a wonderful player. 57 games later in the top European club competition, he’s scored 37 goals and has 3 Champions League winners medals.

Messi has played against the best teams in Europe: Manchester, Chelsea, Liverpool, Bayern, Inter, Madrid, but of the last 8 champions, he still hasn’t played against one of world football’s historic teams, the second team with more European Cups: Milan.

Minutes in the Gamper 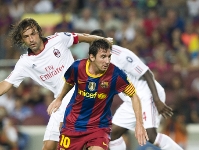 The only time that Messi has played against Milan was not an official match, but was in the Joan Gamper Trophy last year and he played the second half, as team captain. On that day Barça beat the Italian club on penalties, with an outstanding performance from José Manuel Pinto.

In the 2004/05 season, in the group stage, Messi was on the bench, and saw how Ronaldinho invented one of the best goals in the recent history of the Champions League, in the fourth round of the group stage. At that time Messi had not yet made his debut in the Europe championships.

One year later, with Messi becoming one of the great promises of world football, he missed the semifinals of the Champions League, due to a muscle injury that he picked up in the second round against Chelsea.

If Guardiola deems fit, Messi will play against AC Milan, rested after being on the bench against Real Sociedad, and motivated by the new challenge in the Champions League. The Argentinian has been top scorer in the last 3 editions of the competition. On 2008/09 he scored 9 goals; 8 goals in 2009/10, and 12 goals in 2010/2012. There are no impossible challenges for the best player on the planet.