Alexis Sánchez will be subjected to further tests on Sunday to determine the exact extent of an ischiotibial injury. 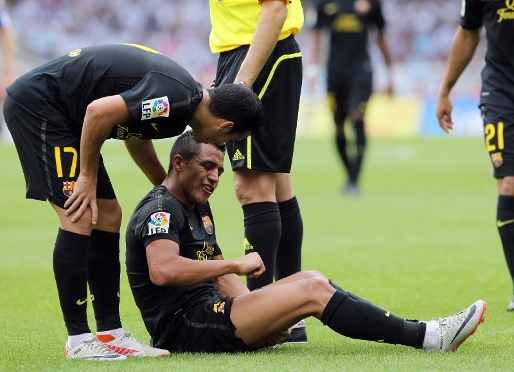 Alexis Sánchez suffered the injury on the half our of the game with Real Sociedad after his sprint was cut down by a Zurutuza tackle. The Chilean stayed on the ground and called to be replaced. After being carried off in a stretcher, his place was taken by David Villa. The doctors’ verdict is a torn ischiotibial muscle in right leg, although tests on Sunday will provide complete details of the damage.

Those tests will also give a more exact idea of how long Alexis Sánchez will be out after being named in the first team for the second time in as many games in the current Liga season. He scored in the season opener at home to Villarreal (5-0).