Abidal speaks sincerely about the future

Abidal speaks sincerely about the future

The Frenchman wants to get back to the same form he showed before his liver tumour operation, and doesn’t want to negotiate a new contract until he has.

Éric Abidal has spoken sincerely about his health since undergoing surgery for a liver tumour late last season. Before that happened, he was one of the key players in the Barça team, and is now fighting to recover the same level of fitness. Abidal said that is the reason why he has yet to settle terms for his future at the club. “I have an offer from the club” he said. “I have spoken to Zubizarreta, but the first thing I told him is that I don’t want to mislead anybody”.

Back to his best 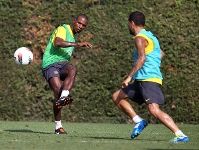 Abidal is still taking tests to make sure there are no recurrences, and his health is his main focus right now. He had said that his desire was to retire at Barça, but now knows that “life can change from one day to the next … I want to get back to my best. I know it will be difficult because we’re not machines”. He will speak to the club only when he is sure about this matter, saying that “out of respect for the club, I have to put my health first”.

Naturally, he wants to get back to his previous self as quickly as possible. Guardiola, and even though Abidal is clearly not 100 per cent, has been named in the squad for all official matches. Along with Valdés, Messi and Mascherano, the Frenchman played the 90 minutes of both Spanish Supercup matches, the European equivalent and the first game in La Liga. “In football, it is the mental aspect that gives you the strength to play in these games”, he said. “I make the effort because I like this job and because of my team mates and the club”. 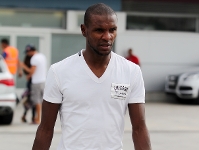 On Saturday, Abidal could play his 100th league game for Barça, although this is not something to which he attaches any particular importance. He is more concerned about getting the three points at Anoeta after an international break that has limited the amount of training the team has been able to do together. But despite the inconveniences, Abidal insists that “we are ready for this game”.

Guardiola the image of FCB and Catalonia

Abidal also commented on how Pep Guardiola has been awarded the Gold Medal of the Parliament of Catalonia. “He is a great man for Catalonia because of what he has done both on and off the football field. He is the perfect coach, he has won everything and is great at communicating with his players. He is the image of the club, Catalonia, respect and hard work” said the French star.