Four sessions ahead of Real

The squad will be back in training on Tuesday morning, although they will still be short of the players on international duty, who will not be at Guardiola’s disposal until Wednesday afternoon, in preparation for Saturday’s visit to Donosti. 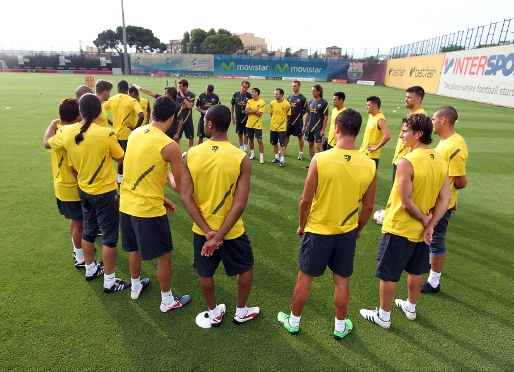 Although the official season actually began nearly a month ago for the team – who have won two titles since then of course – Pep Guardiola believes the real start to the campaign is this weekend, something he acknowledged after the Villarreal game when he commented: “the season really starts when the international players come back from their national teams”.

After their three-day break over the weekend, the squad will be back training on Tuesday at 9.30 to begin preparations for Saturday’s game at Anoeta against Real Sociedad. The session will be held without the French, Spanish and Argentinean internationals and the first 15 minutes of the session will be open to the media. 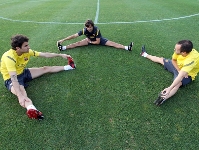 Pep Guardiola should be able to count on a full squad on Wednesday afternoon, when the players are due at 19.00 and again for Thursday morning’s 10.00 session.

Flight to Basque Country on Friday

The final session of the week will be held on Friday morning behind closed doors at the Ciutat Esportiva, after which Pep Guardiola will hold a press conference. The squad will fly to Donosti on Friday for the game which kicks off at 18.00 on Saturday.

There’s no time for resting for the squad, who will train on Sunday at 10.30 at the Ciutat Esportiva, whilst Monday’s session will be held at the Nou Camp at 19.00 ahead of the Champions League game against AC Milan.