Pep Guardiola’s team have suffered a couple of slip ups at the Camp Nou after the September international break in previous seasons, though they did win the only time they returned to face a game on the road. 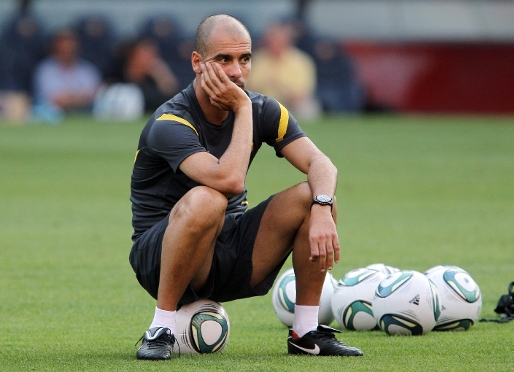 It’s never easy for Barça – a team full of international stars – to bounce back after the early season international break. Often the players don’t come back until the Wednesday or Thursday before a game and with the Champions League Group stages also starting, Barça frequently play their first game back- as is happening this season- on the Saturday, leaving Guardiola and his coaching precious little time to prepare the team.

After the team had unexpectedly failed to take the points in the opening game against Numancia, Pep Guardiola went into his second league game in charge at the Camp Nou against Racing. The late draw was a blow to the team, but they bounced back in the Champions League against Sporting Lisbon and in Gijon against Sporting to set the foundations for the great treble winning season.

There was no slip up the following season when Ibrahimovic and Messi scored the goals to give Barça the points at Getafe.

…and defeat to Hercules

Ex- Barça man Esteban Vigo brought Hercules to the Camp Nou on September 11th last season and two goals from Valdez gave them a shock win against a Barça team who were clearly still weary from the game the previous Tuesday when eight of the Club’s Spanish World Cup winners faced Argentina with Messi and Mascherano in Buenos Aires.

Once again this year the FIFA international dates have driven a large swathe through the Barça squad, with 15 players in all - 14 first team and 1 B team member- missing from training. Guardiola will not have a full squad again until Wednesday this week, leaving him just three training sessions to prepare for the game in Anoeta against Real Sociedad.