Hleb to Wolfsburg on loan

Hleb to Wolfsburg on loan

Vice President Josep Maria Bartomeu has announced the loan of forward Alexander Hleb to Wolfsburg, who play in the Bundesliga. The cost of the operation will depend on the number of games he plays. 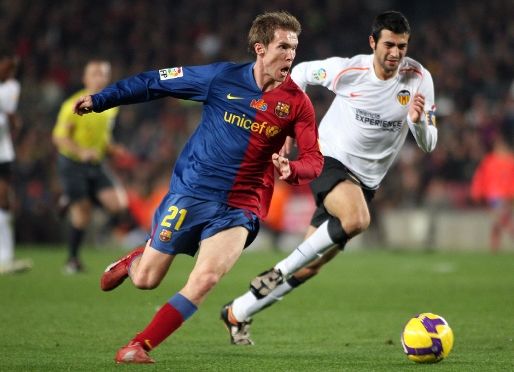 The Belarusian player, Alexander Hleb, will play next season, on a loan basis, with the German Bundesliga club, Wolfsburg. The player, currently recovering from injury, will join the German team in October, Josep Maria Bartomeu confirmed.

Hleb, who for the last two seasons has been on loan at Stuttgart and Birmingham, played a total of 36 games for Barça in the 2008/2009 season, 19 in the League, 9 in the Champions League, and 8 in the Spanish Cup.