Villarreal, a tough opponent for Guardiola

Guardiola has only beaten Villarreal once at the Camp Nou

In the last three Villarreal visits to the Camp Nou, Guardiola’s Barça have drawn twice and won only once, last season. 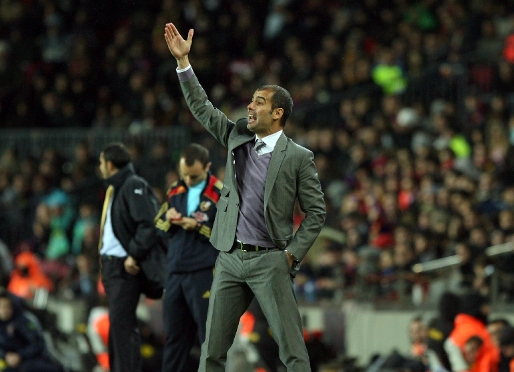 In the last match between FC Barcelona and Villarreal at the Camp Nou, Carles Puyol celebrated 500 games in a FC Barcelona shirt.
Villarreal are one of the teams that have made things more difficult for Guardiola. In the 2008/09 season the then Pellegrini’s Villareal forced Barça to postpone their League celebrations, drawing 3-3, with a goal in injury time. The following season, in 2010, the Camp Nou was paying tribute to Barça’s 6 trophy winning side. That day Barça drew 1-1 against the team in yellow. Finally, last season, Guardiola’s team managed to win a hard fought game 3-1.

Celebration of the League title, postponed 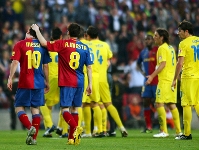 The first time Barça, coached by Pep Guardiola, and Villarreal met at the Camp Nou was on May 10, 2009. Barça were facing their first “match ball” to proclaim themselves League Champions. Barça went 3-1 up, thanks to goals from Keita, Eto'o, and Alves, but Villarreal came back to draw in the closing stages of the match, postponing the celebrations of the first League Championship under Guardiola. Barça had to wait until the following weekend to be proclaimed Champions.

The yellow submarine came back to spoil the Barça party again the following season. The Camp Nou was hoping to start the 2010 season, by paying tribute to Barça’s 6 trophy winning feat, after they won the World Club Championship in December. That night the game ended in a tight 1-1 draw. Villareal pressurised Barça like never before, and Valdes became a key player in the game. Pedro scored the only Barça goal, and Fuster equalised in the 50th minute. 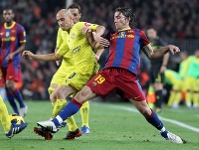 Last year Barça finally beat Villarreal in one of those games that, according to Guardiola, was one of the most difficult of the season. "It was a fabulous match, the team had to play at their very best to win, and that says a lot about the quality of the opposition" Guardiola said at the press conference after the game.

Villa opened the scoring in the 21st minute. Pedro scored a second, but the referee gave a doubtful offside decision, that gave way to Villarreal scoring an equaliser. Lionel Messi scored two goals in the second half that decided the game, and made the final score 3-1.