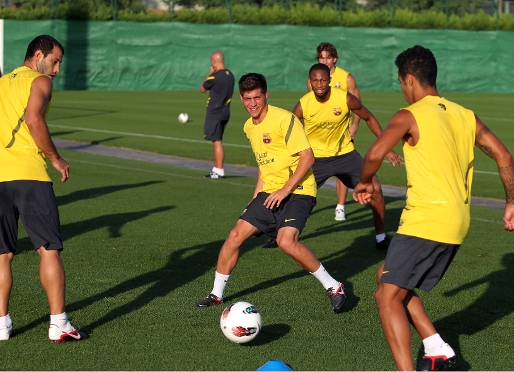 More info
The session was held at 19.00 on Sunday, ahead of Monday’s game against Villarreal at the Camp Nou. B team youngsters Jonathan Dos Santos, Marc Bartra, Sergi Roberto and Isaac Cuenca were called in to strengthen the squad, with Carles Puyol and Maxwell working with the whole group and Gerard Piquť, Adriano Correia and Ibrahim Afellay working on recovering from their injuries.

Up until this season, B team players were unavailable for the first team squad if they had featured with the reserves in a game less than 48 hours before kick-off, but that rule has now been abolished, allowing Guardiola to take any B team players he may need.