The 2011-12 La Liga season finally gets underway this weekend, with games spread over three days and there’s a clash of newly promoted teams in Granada and a chance to see how the summer’s big spenders kick off as Malaga travel to Seville. 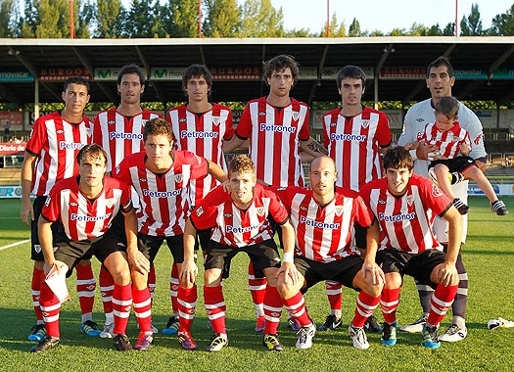 There are nine different kick off times for the ten games on Saturday, Sunday and Monday, with Sporting kicking off against Real Sociedad at 18.00 on Saturday and Barça closing the weekend’s games on Monday night - in between times, there will be a Sunday game at noon, when Atletico Madrid take on Osasuna.

The cancellation of last weekend’s games meant that Betis were denied the chance to mark their return to the top flight with a derby game at home to Seville and instead travel to fellow newcomers Granada on Saturday. Before that game, Sporting take on Real Sociedad and Valencia are at home to Racing Santander. Unai Emery starts his fourth season in charge of Valencia, after losing Joaquim to Malaga and Juan Mata to Chelsea, with the signing of Piatti from Almeria, Dani Pareja from Getafe and the loaning of Canales from Madrid the most eye catching additions to his squad.

High noon at the Vicente Calderon

Sunday sees the introduction of noon kick offs – something that has raised eyebrows given the 40º temperatures in parts of Spain this week – as Atletico Madrid take on Osasuna. New boss Gregorio Manzano achieved his first aim of the season by getting Atletico through the qualifying round of the Europa Cup and with the summer departures of De Gea and Kun Aguero, much will depend on the two new strikers Adrian and Falcao.

Athletic Bilbao’s bold appointment of Marcelo Bielsa has raised expectations at San Mames, as has the Club’s ability to hold on to Llorente and Javi Martinez and the Basques get the first chance to show their credentials on Sunday when they take on newly promoted Rayo Vallecano, a club immersed in financial problems, but who have signed both Raul Tamudo from Real Sociedad and Liverpool’s on loan youngster Dani Pacheco.

Luis Garcia up against old club

Luis Garcia Plaza begins his new job as Getafe manager following Michel’s departure earlier this summer against his old team Llevant and will be boosted by the signing of Dani Guiza, La Liga pichichi in 2008, who played at Getafe between 2005 and 2007. Llevant have replaced Garcia with Juan Ignacio Martinez and brought in Nabil El Zahr from Liverpool, as well as Aranda from Osasuna and much travelled veteran Farinos from Hercules. Espanyol begin life without their chief goal scorer Osvaldo –who has signed for Luis Enrique’s Roma – with a trip to Mallorca on Sunday.

Malaga out to topple Seville

Seville have ruled the roost in Andalucia over the last few years, but Malaga’s big spending this summer, which has included the signings of Ruud Van Nistelrooy, Cazorla, Joaquim and Monreal, has signaled their intent to become the South’s top team. Pellegrino’s side get the chance to show if they have begun to gel when they visit Seville on Sunday night, with the hosts still reeling from their Europa Cup exit in midweek. Seville themselves have been quiet on the transfer front, with new boss Marcelino the main change at the club.