AC Milan, Bate Borisov and Viktoria Pilsen are the three teams that the UEFA Champions League draw have pitted against Barça in the group stages - one familiar foes and two new faces for the Camp Nou fans to enjoy. 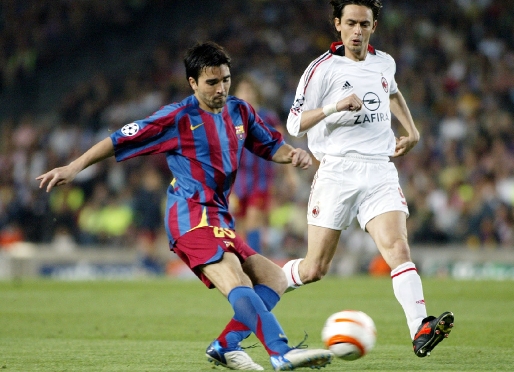 All three, like Barça themselves, are Champions of their respective leagues: Milan boast seven European Cups, whilst Viktoria are making their debut in the competition and Bate Borisov are competing for only the second time. 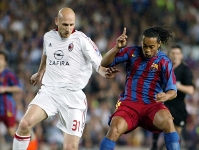 AC Milan are clearly the biggest threat to the European champions, both for their history and for the quality of their current squad. Manager Massimiliano Allegri can call on strikers Pato, ex-Barça man Zlatan Ibrahimovic and Robinho up front, as well as the Italians Inzaghi and Cassano.

In midfield, Kevin-Prince Boateng and the veteran Clarence Seedorf can both get forward and Milan should prove to be a dangerous attacking opponent for Guardiola’s team, whilst the arrival of Alberto Aquilani should fill the gap left by the departure of Andrea Pirlo to Juventus.

Like any good Italian team, Milan can also defend and Mark Van Bommel and Gennaro Gatusso provide a solid defensive shield ahead of the back four, which can count on the experience of Nesta, Oddo, Zambrotta, Bonera, Mexes or Yepes, alongside the leadership of the Brazilian Thiago Silva in front of what could be seen as the weak point of the team – the veteran keeper Abiatti.

Neither the Belarusian nor the Czech champions will play their games against Barça at their home stadiums, with both teams preferring to move the matches to their respective capitals. Bate Borisov will play in Minsk and Viktoria at the Eden Stadium in Prague.

Although the two smaller teams shouldn’t cause Barça too many problems in principal, Andoni Zubizarreta insisted after the draw: “we will show maximum respect for all our opponents”.