Monaco, where it started for Pedro

Monaco, where it started for Pedro

The 2009/10 season was a great one for Pedro Rodríguez. He secured a place in the first team, scored in a record six different competitions and won the World Cup. It all started in Monaco, where he scored the only goal. 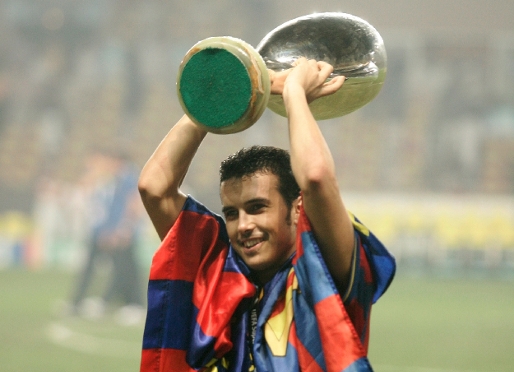 After 115 minutes without goals, the relatively unknown Canary Islander scored the goal that won the Supercup for FC Barcelona. Without that goal, Barça may not have won their famous six titles, and it was from that moment onwards that Pedro’s career spiralled towards stardom. 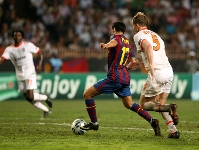 Shakhtar Donetsk were making matters very difficult for Barça, who were still in the preseason. The stifling heat and a dreadful pitch didn’t help matters and after 81 minutes without goals Guardiola decided to take off striker Ibrahimovic and try young Pedro instead, a player he knew from his days in charge of the B team. The youngster responded with some great positioning, pressure on the defence and sheer determination to score with his only shot of the game. That was in the 115th minute, when he slotted the ball home after a penetrating run from nowhere to win the European Supercup.

As soon as Guardiola joined the first team, Pedro started winning a placed in the first team plans, but only totalled 568 minutes, less than 1% of the possible total in his first season. The next season, with Ibrahimovic and Messi out through injury, he was given a chance in the Spanish Supercup, where he scored a cracker against Bilbao. Later came to goal in Monaco and another in the Clubs World Cup, and a sublime season in which he was often picked ahead of the great Thierry Henry, who he outscored with 23 goals.