Piqué out for three weeks

Piqué injured in training and out for three weeks

In Tuesday evening’s training session, Gerard Piqué tore fibres in his left calf muscle, and the Club Medical Services have said that he will be sidelined for the next three weeks. 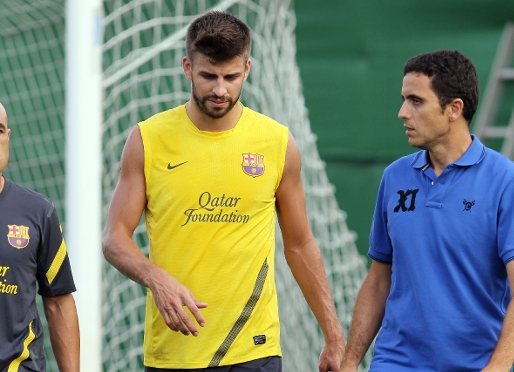 That means that the Catalan centre back misses Friday’s game in Monaco, but Guardiola still has Fontŕs, Abidal, Mascherano and Busquets who can play in that position, as well as the option of drafting in players from Barça B.

Piqué played 120 minutes of the two legged encounter with Real Madrid for the Spanish Supercup and also appeared for 45 minutes against Napoli on Monday.