FC Barcelona’s opponent in the Joan Gamper Trophy on Monday night have trained in the Ciutat Esportiva this evening. 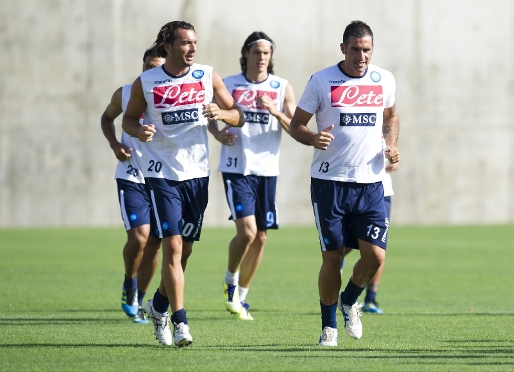 More info
Walter Mazzarri and his players have trained for the last time before Monday night’s match on pitch number 7 at the Ciutat Esportiva. It was a gentle session, attended by a large number of Napoli fans, who were keen to see their heroes, including the likes of Cavani, Lavezzi and Hamsik, in action. 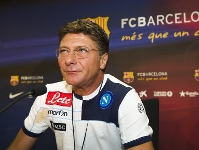 The Napoli manager held a press conference before the session, where he said it was an honour to be able to play FC Barcelona in the 46th edition of the Joan Gamper Trophy. Mazzarri said he’ll field the best team possible, although he did admit that the result of the match is not the most important factor. Napoli have their eyes on their league opener against Genoa this coming weekend.

Mazzarri was full of praise for Barēa, who he thinks are the favourites to win both the Spanish Liga and the Champions league. He also said he is delighted to be playing in the same competition as Guardiola and his team, but said that it would not be in his team’s interest to have to face what he calls “the best team in the world”.