Cesc, Piqué, Messi, Pedro and Alexis were all born in 1987. The first three of these current Barça players formed part of one of the best junior teams the club has ever had. 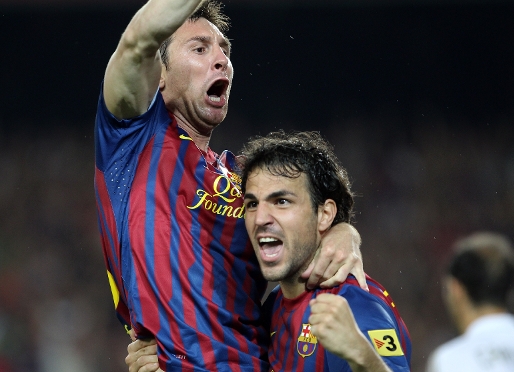 Barça TV remembers the generation of 1987

Barça TV will be offering three games this weekend played by the great cadet team of 1987, featuring Messi, Cesc and Piqué. The games are as follows:

- Saturday 11.00: Cadet B - L’Hospitalet
- Saturday 12.30: Cadet B - Espanyol
- Sunday 18.00: Cadet B – Sant Gabriel
The generation of 1987 are destined to write one of the most brilliant pages in FCB history. All these players came to this earth 24 years ago, and are all playing together under Josep Guardiola. 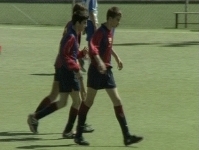 Cesc Fŕbregas’ arrivals marks the return of the magical trio that played for the under 14, or ‘cadet’ team in 2001. Cesc, Piqué and Messi were already showing signs of the footballing greats they would become, but never dreamed that things would work out quite so amazingly for them.

Barça’s third goal against Real Madrid was the fruit of the games played of old on the pitches next to the Miniestadi. Cesc provided the ball to Messi, who played a pone-two with Adriano, whose pass was inch perfect and was finished off sweetly by the Argentinian.

It was like a glorious return to the past, which Cesc remembered in an exclusive interview with Barça TV and www.fcbarcelona.cat: “That team played some really good championships and we were very united. It was one of the best years of my life. I don’t think any of us imagined that we’d play for the first team one day”.

Pedro and Alexis, complete the 87 quintet 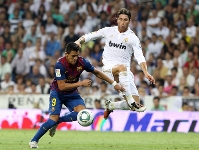 Cesc, Piqué and Messi made history with that cadet team, but the other players born in 1987 were elsewhere at the time, Pedro Rodríguez and Alexis Sánchez. Pedro missed out the chance to play as a youngster with Cesc, Piqué and Messi, but since his arrival has turned out to be one of the most surprising stars in the squad.

Alexis Sánchez’s Barça debut at the Santiago Bernabéu showed that he has all the qualities to be a big success at the Camp Nou, and now forms part of a generation that is making history.