Guardiola: "We'll have to play a great game to take the title"

Pep Guardiola doesn’t doubt his players and hopes that they’ll play better than they did in the first leg of the Spanish Super Cup in Madrid. The manager hopes that the fans at the Camp Nou will help them win the title. 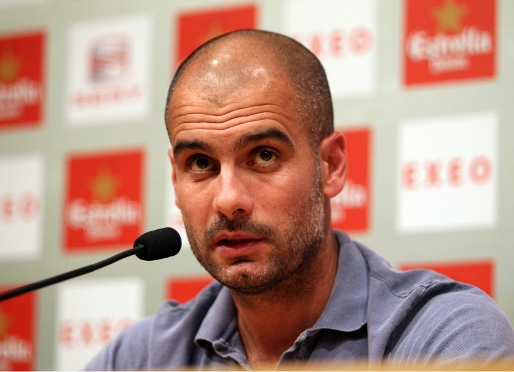 FC Barcelona manager, Pep Guardiola, was very clear during the press conference prior to the return leg of the Spanish Super Cup against Real Madrid. "They were better than us, but in three days we’ve improved a bit" said Guardiola. Pep felt that "our mentality helped us get a good result". In this regard, as he already said last Sunday after the game, Guardiola is pleased with how his men behaved "under the circumstances". The Barca manager’s thinking is very clear, that "we must play a great game to take the title".

He knows that playing against Real Madrid is not easy but among the keys to winning the game and taking the title, Guardiola believes that "we have to move the ball faster than in the first leg".

What is not clear is whether the starting lineup will be the same as we saw in Madrid. "We'll see how they are and whether we’ll start the same players or make changes. We’re managing the minutes and the players physical shape", but he warned that "I believe in the mentality and competitive spirit of this team to try to win the game".

The fans, the 12th player

Guardiola knows that the fans can play a key role in the match against Madrid and thanked them in advance for the efforts made to buy tickets and be at the game. "When the legs begin to fail, the fans will help us" said the manager. He added that "I can’t remember a stadium against Madrid with not so many fans. Ticket sales are going well and we thank the people who support us".

Cesc’s involvement not ruled out

One of the topics in the conference was the arrival of Cesc and his possible participation on Wednesday. Guardiola has not ruled him out but is cautious. He took the opportunity to thank the Board for the signings for this season.

As for Alexis, Guardiola, who emphasized his humility, and not to expect anything in return, said that in Madrid "Alexis ran like six players. It's the best he’s given us so far and we hope he brings lot to the team".