Cesc could play his third match against Real Madrid on Wednesday is picked by Pep Guardiola. With Arsenal, he played them in the Champions League of 2005/06. 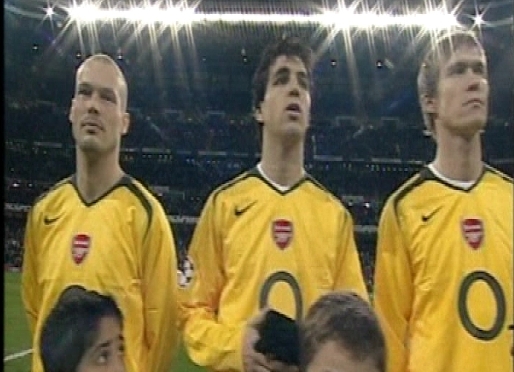 The game was the first knockout match of a run that would take the Gunners to Paris, where Cesc faced Barça, his boyhood club. Barça won the final 2-1, and Cesc played the first 75 minutes before being substituted by Flamini. That was the first of games in which Arsenal faced Barça before Cesc returned to the Catalan capital.
Madrid fans do not have fond memories of their last encounter with Cesc Fŕbregas. The Catalan last faced them as an Arsenal player in the round of sixteen of the Champions League of 2005/06, when Wenger’s side got the better of López Caro’s, and the young 18 year old was outstanding.

On February 21, 2006, Cesc played his first ever professional match on Spanish soil at the Santiago Bernabéu, and what a cracking debut it was! Arsenal won 1-0, with Cesc and Henry performing brilliantly.

It was the Frenchman who scored the only goal of the game in which Cesc’s assists coupled with Henry’s penetrating runs struck fear into the hearts of the Bernabéu faithful.

Cesc was so good that when he was substituted in the 89th minute by Song, the Madrid fans applauded him off the field. 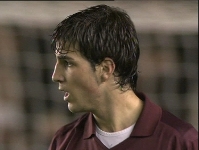 Three weeks later, on March 8, 2006, Cesc was back in the Arsenal side at Highbury, where he was once again on top form in a game saw the Londoners through to the quarter finals. Showing remarkable maturity, he played a more attacking role and of his many chances, one hit the post.

The game ended 0-0, but confirmed Cesc Fŕbregas’ status as one of the most promising midfielders in Europe.