This season, the first team will have eleven players that came up through the clubís youth system. Fifty per cent of the team is from la Masia. 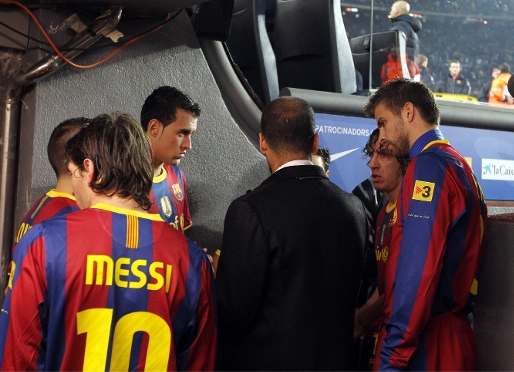 The power of the BarÁa youth system is more evident than ever. Guardiola often fields around six or seven local players in a game, whether at El Molinůn or in the Champions League final. The doors to the first team are wide open to players fostered at the club itself, as Thiago and Fontŗs well know, who have both just become fully fledged first team members.

This year there are an unprecedented 11 players from La Masia out of a total of 21. These aren’t reserves used as a complement, these are first team players in every sense of the word. 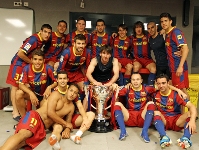 It is years since the team has had so many of its own players to choose from, and although some players would have to play in unfamiliar positions, Guardiola could theoretically play them all at once: Valdťs in goal; Puyol and Fontŗs as full backs; Busquets and Piquť at centre back; Xavi, Thiago and Cesc in midfield and Pedro, Messi and Iniesta up front. Cesc completes an eleven that would fill any BarÁa fan with pride.

Under the Dutchman in the 2003/04 season, there were eight local players in the first team: Valdťs, Puyol, Xavi, Gerard, Gabri, Luis GarcŪa and Motta. But they weren’t all regular starters. In 2008, there were nine: Valdťs, Puyol, Xavi, Iniesta, Giovanni, Messi, Oleguer, Bojan and Jorquera. Under Guardiola, the number has done nothing but increase. 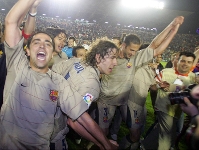