First clásico of the season. Did you know...

The first Barça v Madrid of the 2011/12 season has come early. The two sides have not met in the Spanish Supercup for fourteen seasons. 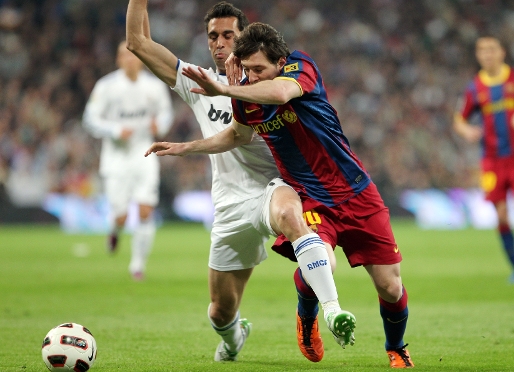 ► Barça are the current Spanish Supercup champions. Last summer they won the title after losing the first leg 3-1 at Sevilla but then winning the second leg 4-0 at home.

► FC Barcelona has won more Supercups than any other team. They have won nine out of their record 16 appearances. Second is Real Madrid, who have won eight times and been runners up three times.

►FC Barcelona won its first Spanish Supercup in 1983, a year after it was created, beating Athletic Bilbao.

►Guardiola is going to the Santiago Bernabéu for the fifth time as Barça manager. So far he has won three times and drawn once, having never lost at Real Madrid.

► Alexis Sánchez could make his Barça debut tonight. The Spanish Supercup has a habit of seeing players make their debuts, with recent FCB examples including Villa, Adriano, Maxwell, Ibrahimovic and even Xavi.

► Apart from Alexis, there are other players that are likely to play their first ever game at the Bernabéu. Thiago and Fontŕs are now members of the first team, while reserve team members Montoya and Jonathan dos Santos have also been named in tonight’s squad.