Leo Messi is tied with José Mari Bakero as Barça’s highest goalscorer in the Spanish Supercup with five goals. He could extend that record this week. 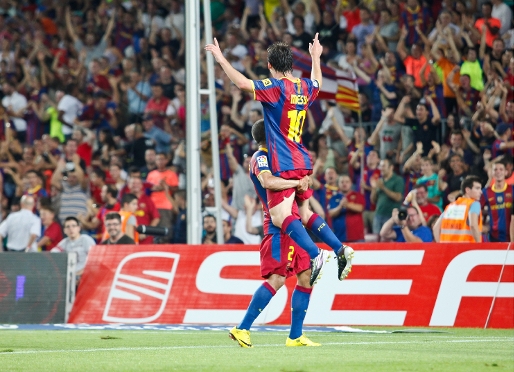 Leo Messi knows all about breaking records, and is the joint highest Barça scorer in this competition despite only appearing in two editions. He scored a brace against Athletic Bilbao in 2009, and a year later scored a hat-trick against Sevilla.

That means he is now tied with José Mari Bakero, and is so young that he is likely to have plenty of chances to extend that tally much further, starting with Sunday’s match at the Bernabéu.

Just behind Messi and Bakero, with four goals in the Supercup, is Giovanni da Silva.

Xavi Hernández has always performed well in the Supercup, scoring the first of his team’s three goals on his debut in the event in 1998 away to Mallorca. His other victims were Espanyol in 2006 and Bilbao in 2009, and like Messi, he is probably going to enjoy plenty more chances to score in this competition.

Like Xavi, Hristo Stoichkov also scored three goals in the Spanish Supercup, as did the current technical director for youth football, Guillermo Amor.

In Madrid on Sunday, Xavi and Messi, if Josep Guardiola plays them, have the chance to extend their impressive Supercup records.