Thiago Alcántara, Andreu Fontŕs and Alexis Sánchez are the three Barça players that have yet to experience a game at the Bernabéu. The Spanish Supercup game on Sunday is especially motivating for them. 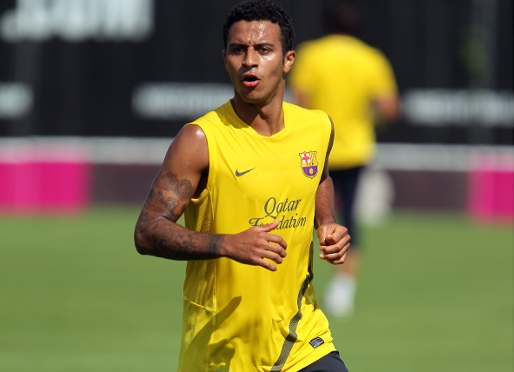 A clásico at the Bernabéu is an amazing way to start the season, even more so when the first official title of the season is up for grabs. Thiago, Fontŕs and Alexis Sánchez will all be hoping to get a run out for the first time at the Bernabéu.

Thiago Alcántara joined the Barça youth system in the 2005-2006 season and has since risen to the first team, and has been the revelation of the preseason, scoring four goals. The all-whites will be eyeing the youngster with caution on Sunday night.

Thiago said this week that “a Barça v Madrid is not just the Spanish classic, it is a world classic. Coming back from holiday to face such an important match against one of the hardest opponents in the world really makes you start to feel excited”.

Andreu Fontŕs has also shown his qualities during the preseason. Like Thiago Alcántara, he spent time at La Masia after arriving at Barça from Girona in the 2007-2008 season. The centre back is an excellent example of the Barça philosophy, and everything he does in the centre of the Barça defence oozes confidence and security.

Alexis Sánchez has arrived at a epic moment, and starting life at Barça with a game against the old rival at the Bernabéu is not the usual way players are introduced to the club. The first ever Chilean to play for FCB has been training under Guardiola’s this week, and is ready to make his official debut.