Guardiola unbeaten at the Bernabeu

As manager, Guardiola has never been beaten at the Bernabeu

Historically, the Bernabeu is the toughest ground for Barēa to visit, but since Pep Guardiola took over the team, they have chalked up three wins and a draw and remain unbeaten on their trips to Real Madrid’s stadium. 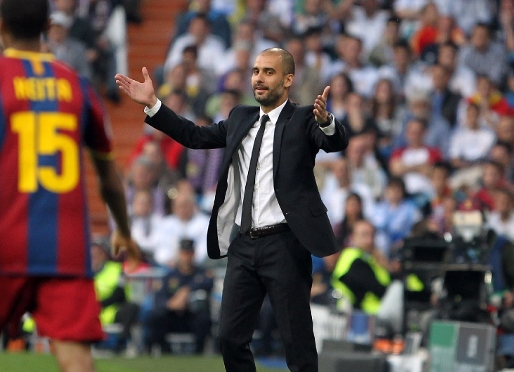 The 2011-12 season kicks off this Sunday with what is typically the toughest of trips – to the Bernabeu for the first leg of the Spanish Super Cup. However, for Pep Guardiola’s teams, playing Real Madrid in their own back yard has become synonymous with success over the last few seasons. 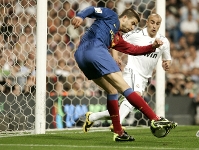 Guardiola’s first visit to the Bernabeu in charge resulted in the spectacular 2-6 win which sealed the 2008-09 league title. Higuain put Madrid ahead, but Henry and Puyol soon turned the score around before Messi got a brace, Henry his second and Piqué the sixth for a historic and unforgettable win.

The following season saw Barēa in Madrid with a similar situation in the table and although they didn’t produce the spectacular beating of the previous campaign, goals from Messi and Pedro were enough to give them a 0-2 win and confirm another La Liga title. 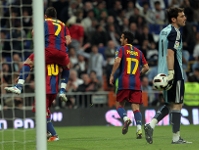 Last season, Guardiola took his team to the Bernabeu with a comfortable 8 point cushion at the top of the table and the 1-1 draw, with yet another goal from Messi, was enough to maintain the points and goal difference between the two as they made it three league titles on the trot.

Last season, Barēa made another visit to the Bernabeu of course, when they beat Madrid 0-2 in the first leg of the Champions League semi final. Two great goals from Messi in the second half were always going to be too much for Madrid to try and pull back in the return leg and set Barēa en route for the Wembley final.