Barça’s evening training session was attended by seven players from the first team, two from the B team and six from the youth team. José Manuel Pinto reappeared after a two-day absence. 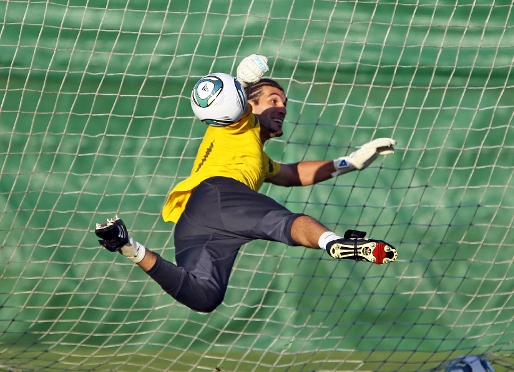 More info
Ten of the first team are away on international duty, but Pep Guardiola still put the others through their paces at the Ciutat Esportiva Joan Gamper. This was the second session of the day and included even more extra players from the B and youth teams. 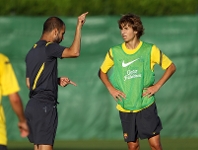 Following a two-day break after the US tour, José Manuel Pinto trained today along with Messi, Mascherano, Adriano, Alexis, Keita and Fontŕs. The Barça B players were Montoya and Masip, and the youth players were Babunski, Cornejo, Quintilla, Miguel Ángel Sainz, Samper and Patrick.

Xavi Hernández also appeared at Sant Joan Despí after leaving the Spanish national team due to an injury to his right soleus. He did recovery work in isolation today, as did the also injured Puyol on pitch number 2.

The team will be back at work on Wednesday morning at 9.00, behind closed doors at the Ciutat Esportiva Joan Gamper. Alexis Sánchez will not be taking part because he has been called up for a international friendly for Chile against France in Montpellier.