The schedules for the first two days of league football have been announced. Barça start away to Malaga on Sunday, August 21 at 20.00. The second match is at home to Villarreal on Monday 29 at 21.00. 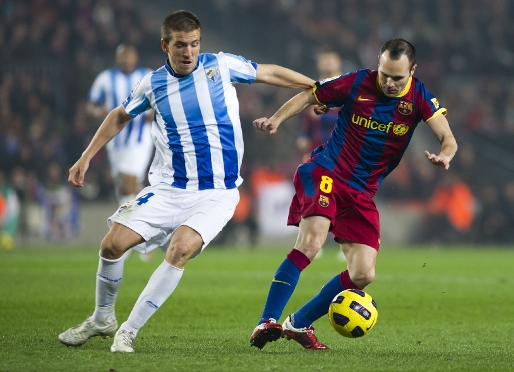 Barça B start their second division campaign on Saturday August 20 at 18.00. Eusebio’s team then has its second fixture the next Saturday 27, this time starting at 16.00.
The Liga de Futbol Profesional made the times and dates official on Tuesday, and Barça have learned that they will begin their title defence on Sunday August 21 at 20.00 at Malaga. Their first home match will be a Monday fixture against Villarreal on August 29 at 21.00.

So, FC Barcelona’s first league match will actually be before they appear in the 46th edition of the Joan Gamper Estrella Damm Trophy. They also have the two Spanish Supercup games on August 14 and 17. The Villarreal game has been moved to Monday because on Friday, August 26, three days earlier, Barça will be in Monaco for the European Supercup match.