Andreu Fontŕs trained this morning, as did the five team mates who also trained on Monday evening –Messi, Mascherano, Alexis, Keita and Adriano. 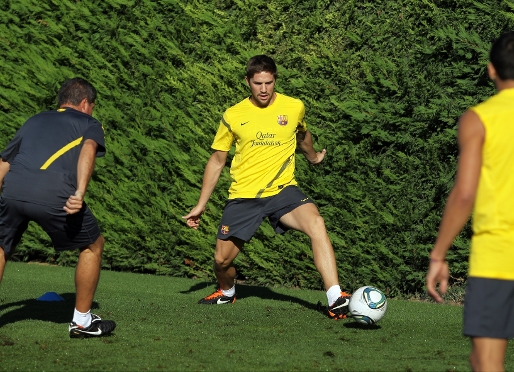 Fontŕs was the new face in the squad that trained at 9.00 this morning. This was the first time the defender has trained since the tour, and he was joined by Messi, Mascherano, Adriano, Alexis and Keita, who also trained on pitch number 2 at the Ciutat Esportiva on Monday.

Montoya and Masip too 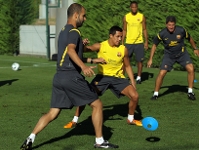 The players were all given pulsometers before training. It started with a gentle warm up session and then the usual drills, in which Pep Guardiola also decided to take part. Masip worked in isolation with Juan Carlos Unzué.

Puyol on his own

Carles Puyol also put in an appearance, and continued his recovery programme under the watchful eye of Juanjo Brau.