Guardiola: “the mind can do anything”

Looking to the Super Cup, Pep claims: “we may be short on preparation time, but the mind can do anything”

Pep Guardiola is clear that his team will go into the Spanish Super Cup against Real Madrid a little short of preparation, but insisted that: “it’s the state of mind that counts in these cases – the mind can do anything”. 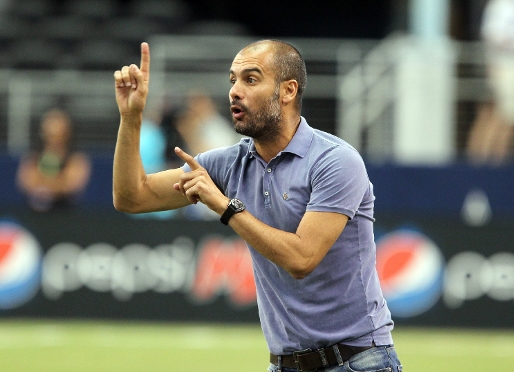 The boss reminded reporters that his team went into last year’s Super Cup in a similar situation to that in which they find themselves this time around, but hopes that his players’ mental strength will be decisive: “of course we are short on preparation going into the Super Cup and it will be the players’ mental strength that will make the difference, It’s similar to last year but in these situations the mind can do anything”.

“We accept the challenge”

Guardiola went on to claim Real Madrid: “will be more prepared, but my squad accept the challenge. We really need more time to get to our peak of fitness. Maybe the legs can’t respond, but the mental attitude of the players will be important and I will convince the players that they can win”. Looking to the week ahead, Guardiola commented: “we will all be back together in Barcelona on Thursday and we’ll see how we plan things out”.

After finishing off the US Tour with a win, Guardiola reflected:: “this tour has gone really well. It’s a pity about the injuries, but I am very happy with everybody’s performance. The heat meant it was difficult to train and that affects the team’s levels of intensity, as we have seen”. Guardiola brought a number of youngsters onto the tour and he expressed himself happy with them all: ”their behaviour has been impeccable, every day and in every game. We have trained them well in a lot of areas”.

Big thanks to the fans

The boss was asked why he felt the team had proved so popular in the States and replied: “I guess it’s down to our attractive style of play”, before going on to thank the fans who’d come to support the team on the Tour: “we really didn’t expect this level of support, it’s been incredible. We are very grateful and we hope we can come back as soon as possible – thanks to all of you”.

Pep also praised the Dallas Cowboys Stadium: “what an incredible stadium. Congratulations on having such a magnificent stadium, which even has air conditioning. Really, I have never seen a stadium like it”.

Finally, the boss gave his view on the pore-season so far, stressing that it had been longer and included more big name games than in other years: “we used to have a pre-season, but now we do tours –we just have to adapt to that”.